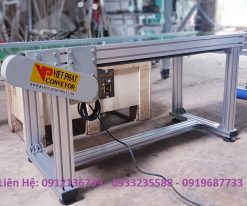 PVC mini conveyor is small as it is so-called, so they can be quickly and easily fabricated. Here in Vietnam, we Viet Phat Conveyor JSC can complete a full set of PVC mini conveyor within two or three days after receiving the order.

There are some basic parts of a PVC belt mini conveyor that is normally used in Vietnam:

PU belts in this case are more expensive than PVC belts, but it is safe. PVC belt is not.

In Vietnam, PU producer can provide only PU belts of the thickness of less than 1.4mm. For thicker-than-1.4mm PU belts, conveyor makers in Vietnam have to import from overseas.

PVC mini conveyor sometimes can be, indeed, very mini. In some case, it needs one leg frame to stand still. The below video shows one of that kind of conveyor. The PVC belt min conveyor in the video is around only 500 milimeters long.

A worker of Vietphat testing the conveyor before shiping it to the customers.

In order to move the products up to higher places, the PVC bars are sticked into the PVC belt, preventing the products from falling backwards.

For some advanced applications, curved PVC belt conveyor is used to change the direction of the products (usually 90 – 180 degrees). Since it’s difficult to design và to fabricate, process of making it may take weeks. Not many conveyor makers in Vietnam can make curved conveyor, but here in Vietphat JSC, we are able to complete it in…… 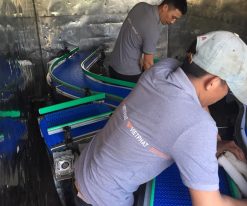 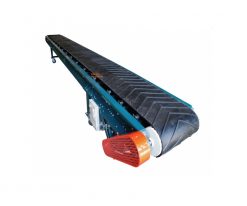 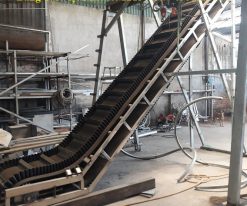 Rubber Conveyor with Side Flight 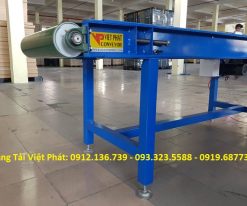 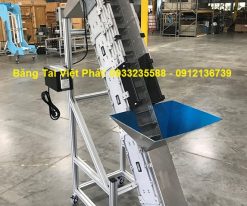 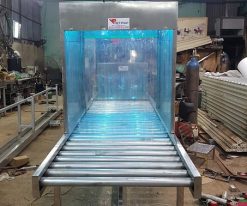 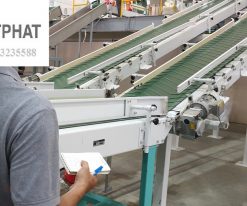 Blue PVC conveyor belt glues edges up and down the slope 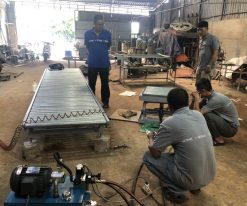 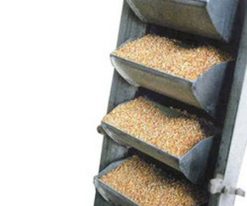 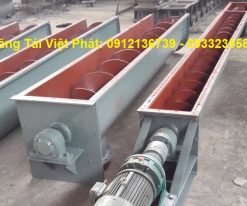 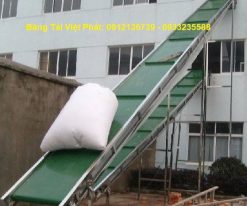 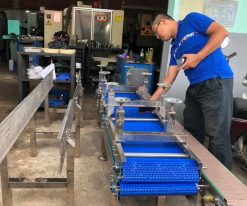 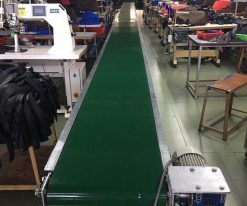 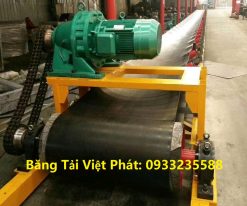 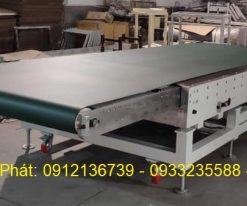 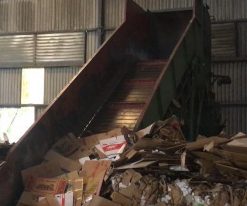 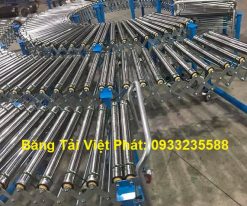 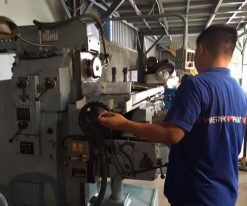 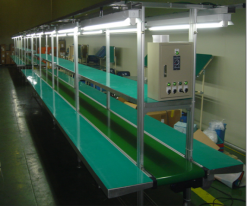 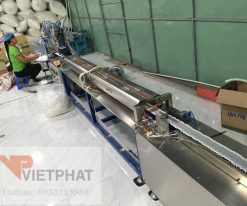